Class C misdemeanors are the least serious offense under Texas law and are penalized by a maximum fine of $500 with no jail time.

The Criminal Defense Process in Texas 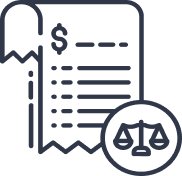 Examples of Class C Crimes / Offenses
Public Intoxication
It is not illegal to have a couple Lone Star beers and stroll the San Antonio River Walk. Even grabbing your partner for a tipsy two-step at Pete's Piano Bar downtown is lawful fun. But, if you have one too many and step on someone’s toes, you might have to talk to the local police. Just being drunk in public is not illegal in Texas unless it endangers the drinker or another person. For information on public intoxication generally, see Public Intoxication Laws and Penalties. Public Intoxication in Houston, Texas Under Texas law, people commit the misdemeanor crime of public intoxication if they appear in a public place while intoxicated to a degree that they may endanger themselves or another person. (Tex. Penal Code Ann. § 49.02.) The Texas public intoxication law defines “intoxication” for purposes of the crime as having a blood-alcohol concentration of .08 or higher (the usual standard to support a charge of driving while intoxicated). (Tex. Penal Code Ann. § 49.01 (2)(B).) But, just being intoxicated in public is not illegal in Texas; in order to be convicted of public intoxication, a person must be both intoxicated (have at least the minimum blood-alcohol concentration) and pose a possible danger to himself or others. If a police officer reasonably believes a person is intoxicated and then conducts a pat-down search that reveals other grounds for arrest, that evidence can be used to charge the person with other crimes. A Texas court ruled that an officer who observed signs of intoxication (alcohol odor, slurred speech, bloodshot eyes) on a man who was arguing violently in the middle of a street had probable cause to arrest the man. And the court upheld the man’s conviction on a charge of possession of cocaine discovered by the officer when he searched the man after arrest. Public place Any place where members of the public have access is a public place under Texas law. This definition includes the common areas of schools, hospitals, office buildings, and even apartment buildings. A court in Texas ruled that a group of rowdy drunks hanging out on the porch of an abandoned house were in a public place and thus in violation of the public intoxication law. Any premises licensed or permitted to sell alcohol is also a public place in Texas, which could encompass even private clubs. Endangering Self or Others It is enough that an intoxicated person may present a potential danger to herself or others—a Texas prosecutor does not have to prove that the person presented an immediate danger. And, the assessment of potential danger is left largely to the discretion of the arresting police officer. For example, a man whom store employees observed loitering for hours outside their store and whose slurred speech and unsteadiness on his feet were observed by the arresting officer was convicted of public intoxication. Detox center or treatment facility instead of jail An arresting officer may release an individual detained for public intoxication to a licensed treatment facility for chemical dependency if the individual desires treatment and the facility accepts him. The arresting officer may also release an individual when the officer believes it is not necessary to detain the individual for her own or others’ protection. (Tex. Code of Crim. Proced. Art. 14.031.)
Defenses to Illegal Intoxication
There are several defenses to public intoxication in Texas. Here are a few of them. Not intoxicated A person who was under the legal blood-alcohol level for intoxication at the time of arrest should be acquitted of the charge of public intoxication under Texas law. And, where the arresting officer cannot testify to facts that gave rise to a reasonable suspicion of intoxication, the defendant should also win an acquittal. For example, a court threw out the conviction of a man on public intoxication charges when the arresting officer did not note anything abnormal about the defendant’s speech or physical state and did not observe the defendant engage in disruptive or dangerous activity. Not a danger Even someone well over the legal limit for alcohol who is harmlessly strolling the sidewalks of Dallas is not doing anything illegal. Of course, if that same person had just left a public park where she created a scene by throwing empties at the dog-walkers, she could be charged with public intoxication because of the danger she had just presented. And, if a park police officer had observed her staggering around and winding up to throw a beer bottle, the officer would be justified in arresting her for presenting a potential danger to others. Penalty for Illegal Intoxication Under Texas law, public intoxication is a misdemeanor crime and carries the possible penalty of a fine of not more than $500. (Tex. Penal Code Ann. § 12.23.) This is a relatively minor penalty but a public intoxication conviction can have much greater and more expensive consequences. Call Sugar Land Criminal Defense Attorney today to schedule a free consultation if you're arrested for Public Intoxication in Houston or Fort Bend County.
Minor in Possession of Alcohol
Open Container of Alcohol in Vehicle
Traffic Tickets
For a free initial consultation with an experienced
PERSONAL INJURY Attorney,
please fill out and submit the form below